Do you have a pet snake or just want to learn more about snakes? If so, you may be wondering about the hibernation/brumation process of snakes. What is brumation? How does it work? When should I start to prepare my snake for hibernation or not at all? In this blog post, we will answer all of your questions about snakes and brumation!

Brumation is a process that snakes undergo during the colder months. It is similar to hibernation in mammals, but not exactly the same. During brumation, snakes will slow down their metabolism and activity level. They may spend most of their time hiding in their burrows or dens. Some snakes will even stop eating altogether!

How Long Can a Snake Go Without Eating?

There are a few reasons why snakes may choose to brumate. One reason is the lack of food availability. If there are fewer prey items around, it makes sense for a snake to slow down its metabolism and activity level in order to conserve energy. Another reason is the temperature drop. Snakes are ectotherms, which means that they rely on the environment to regulate their body temperature. So, when the temperature outside starts to get too cold, snakes will brumate in order to stay warm.

Brumation is caused by a number of factors, including changes in temperature and daylight. Snakes will typically begin to brumate in the fall, when the days start to get shorter and the temperatures start to drop. They will usually stay in this state until spring, when the weather starts to warm up again.

How Long Does Brumation/Hibernation last?

Brumation can last anywhere from a few weeks to several months. Again, the exact duration depends on the species of snake and the temperature of its environment.

Do Snakes Hibernate/Brumate in Captivity?

Yes, snakes in captivity can and do brumate. This is because brumation is a natural process that helps snakes stay healthy. However, it is up to you whether you want them to go into the brumation process. Because you can always provide the food and keep the temperature constant, you will have to stop giving them food and mimic the colder temperature in their natural environment to go into brumation. If the temperature is warm enough, they may not go into brumation.

When Should I Start Preparing my Snake for Hibernation/Brumation?

If you live in an area where the temperature drops significantly in the winter, you will need to start preparing your snake for hibernation around October or November. This means making sure that your snake has a warm place to hide, such as a heated enclosure or burrow. You should also start reducing the amount of food you give your snake. A good rule of thumb is to feed your snake half as much food as you normally would. This will help your snake slowly adjust to its new hibernation diet.

At What Temperature do Snakes Brumate/Hibernate?

What are some Signs that my Snake is Ready to Hibernate/Brumate?

There are a few signs that you can look for to determine if your snake is ready to start the brumation process. One sign is a decrease in activity level. If your snake is spending more time hiding and less time moving around, it may be getting ready to brumate. Another sign is a change in eating habits. If your snake starts to refuse food or only eats very small meals, this is another indication that it is getting ready for hibernation.

Where do Snakes Go When Brumating/Hibernating?

There are a few different places that snakes will go when they start brumating. First, they will often hide in their shelters. This is because they want to be in a safe and comfortable place during this time. Second, snakes will also typically go to areas with cooler temperatures. This is because they need to lower their body temperature in order to enter hibernation. Finally, some snakes will burrow underground or underneath rocks in order to stay hidden and warm during this time.

What are the Benefits of Hibernating/Brumating?

There are many benefits to hibernating. One benefit is that it helps snakes conserve energy. Hibernation also allows snakes to avoid cold weather and predators. Additionally, hibernation can help snakes live longer.

What are the Risks of Hibernating/Brumating?

Which Species of Snakes are Known to Hibernate/Brumate?

There are many different species of snakes that undergo brumation. Some of the most common include garter snakes, rattlesnakes, hognose snakes, bullsnakes, milk snakes, corn snakes, Vipers, grass snakes, kingsnakes, and rinkhals. That is just to name a few and there are more that go into brumation.

Do Snakes Brumate Together or Alone?

Brumation is typically a solitary process, but there are some exceptions. In some cases, snakes will enter into hibernation together in what is known as communal brumation. This usually occurs when the environment is not conducive to individual hibernation, such as in arid regions where water is scarce.

What’s the Difference between Brumation and Hibernation?

Brumation is a type of dormancy that reptiles undergo. Hibernation, on the other hand, is a winter sleep that mammals undergo. Both processes are used by animals to survive periods of scarce food or extreme temperatures. Here we use it interchangeably. But it should be brumation for reptiles.

No, not all snakes will undergo brumation. Snakes that live in areas with warm climates year-round do not need to brumate such as in tropical areas, Philippines, or Malaysia. Also, snakes in captivity also have lamps provided by the owners to keep them warm year round and can adjust the temperature of the house if they use a heater. So, because they can find food and shelter throughout the year they won’t need to brumate. However, snakes that live in areas with cold winters will brumate to survive the winter months.

Brumation is an important part of snake care. By understanding the basics of this process, you can ensure that your pet snake stays healthy during hibernation. If you have any questions about brumation or would like to learn more about it, please contact a reptile care specialist. They will be able to help you understand the process and make sure that your snake is properly cared for during hibernation. Thanks for reading! 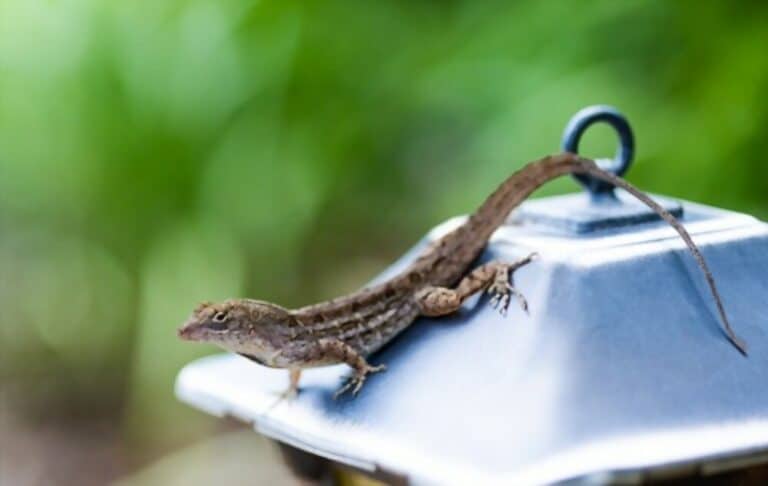 If you’re one of the many homeowners with a backyard lizard problem, you’re probably wondering what these creatures eat and how to get rid of them. We talked to experts to find the answer to both questions. Backyard lizards are most likely eating insects, such as crickets or beetles. If you have a lot of…