Panda bears are one of the most beloved animals in the world. They are known for their soft fur, friendly disposition, and adorable black and white markings. So it’s no surprise that many people want to know if they can have a panda as a pet. Unfortunately, the answer is no.

Why Can’t You Own a Panda as a Pet?

Pandas are not domesticated animals and cannot be kept as pets. They are wild animals that live in the forests of China. Panda bears are native to China and are considered a national treasure. As such, the Chinese government has very strict laws regarding panda ownership. In order to own a panda in China, you must have a special permit from the Chinese government. There are only about 100 permits in existence, and they are all owned by zoos.

Does Anybody Own Pet Pandas Besides Zoos?

If there’s one celebrity who is known for their love of pandas, it’s Jackie Chan. The martial arts star has been a vocal advocate for panda conservation, and even owns two of the animals himself. In an interview with People magazine, Chan said that he fell in love with pandas after seeing them on a trip to China. “I was so touched by their serene and docile nature,” he said. “I knew then that I wanted to do something to help them.” Chan also said, “I’m the ambassador of [the] panda. After earthquake, they get hurt and I raise them. I have two pandas in China, my own. They go wherever I go. They meet all the famous people.” In 2009, Chan adopted a female and a male panda named Cheng Cheng and Long Long in Sichuan..

While Jackie Chan may be one of the few people who are able to own a panda, it’s important to remember that he is also a very famous and wealthy actor. The cost of caring for a panda is not cheap, and most people simply cannot afford to do so.

Well, it turns out that Chan actually leases his pandas from the Chinese government. He pays around $200,000 per year for the privilege of keeping the animals at his home in China.

So, while Jackie Chan may be one of the few people who can technically own a pet panda, it’s important to remember that he is actually just leasing them. The cost of caring for these creatures is still quite high, and most people simply cannot afford it.

How Much Does it Cost to Own a Panda?

Even if you could get a permit to own a pet panda, it would be very expensive. A permit costs $500,000 USD per year. In addition, you would need to build a large enclosure and bamboo forest for the giant panda and hire a staff of bamboo keepers. The cost of food and care for a single giant panda can be as much as $88,000 per year.

All in all, it is simply not possible for most people to own a giant panda bear as a pet.

What is the Difference Between Pandas and Other Bears?

Pandas are different from other bears in several ways. For one, giant pandas are vegetarians and only eat bamboo. They also have an extra thumb on their front paws which helps them hold onto the bamboo stalks. Additionally, giant pandas spend most of their time in trees rather than on the ground like other bears.

All of these characteristics make giant pandas difficult to keep in captivity. They require a lot of specialized food and habitat, which is why they are not commonly found as pets.

So while you can’t have a panda as a pet, you can visit them at your local zoo!

Where do Pandas Live in the Wild?

Pandas live in the forests of central China. They are found in the mountains of Sichuan, Shaanxi, and Gansu provinces. There are also a few pandas living in Tibet. The giant panda is an endangered species and there are only about 1800 pandas left in the wild.

The Chinese government has created several nature reserves for pandas in an effort to protect them. The reserves are located in the mountains and provide a safe habitat for pandas to live and breed.

If you want to see a giant panda in person, your best bet is to visit one of these nature reserves or a zoo that has pandas on display. There are several zoos in the United States that have panda exhibits, and there are also several panda sanctuaries where you can visit them.

How many Giant Pandas are there on Earth?

There are about 1800 pandas living in the wild and another 500 in captivity. So there are approximately 2300 pandas on Earth.

While giant pandas are still relatively common, they are an endangered species. Their populations have been declining in recent years due to habitat loss and fragmentation. Additionally, giant pandas are hunted for their fur and body parts.

The good news is that the Chinese government is taking steps to protect giant pandas. In addition to creating nature reserves, they have also banned hunting pandas. With luck, the populations of these beloved animals will start to rebound in the years to come.

Is it Legal to Own a Red Panda as a Pet?

Red pandas are not as well known as giant pandas, but they are just as cute. They are about the size of a house cat and have reddish-brown fur. Red pandas live in the forests of Nepal, Bhutan, and northern Myanmar. In most countries, it is illegal to own a red panda as a pet. This is because red pandas are an endangered species. There are only about 10,000 red pandas left in the wild, so it is important that we do what we can to protect them.

So, No, it is not legal to own a red panda as a pet. Red pandas are protected under Chinese law and it is illegal to trade or sell them. Additionally, red pandas are listed as an endangered species by the International Union for Conservation of Nature (IUCN). As such, they are protected under the Convention on International Trade in Endangered Species of Wild Fauna and Flora (CITES).

Alternative Pets I can Own Besides a Panda

If you’re looking for a cuddly companion and are disappointed that you can’t have a giant panda, there are still plenty of other options. Dogs and cats make great pets and are much easier to care for than pandas. You can make a Chow Chow look like a giant panda. The Chow Chow is one breed that bears a striking resemblance to a panda bear. If you’re looking for a panda-like pet, this may be the dog for you. Just be prepared to do some extra grooming – the Chow Chow has a thick coat of fur that can get matted and tangled. Some people dye the Chow Chow black and white to look like a panda and call it the panda dog. See the pictures below:

If you’re not interested in a dog, there are plenty of other options out there. Cats make great pets and come in a variety of colors and breeds. If you’re looking for something smaller, consider adopting a bunny rabbit or guinea pig. These animals are small and easy to care for, and they love to be cuddled. Whichever animal you choose, make sure to do your research and find out what kind of care they require. Caring for an exotic pet can be a lot of work, but it’s worth it to have an adorable friend by your side!

So while pandas may not make the best pets, they are still a fascinating animal to learn about.

A panda’s scientific name, ailuropoda melanoleuca, means “black and white cat-foot”. This is a fitting name for these animals, as they are black and white in color and have four cat-like paws.

Unlike other species of bears, pandas do not hibernate during the winter. They live in temperate forests where the winters are mild and they can find plenty of food to eat. In colder climates, bears hibernate in order to conserve energy and avoid predators. However, pandas do not need to hibernate because they have a high metabolism and can find food year-round.

The pink color gradually changes to white as they grow older. Fur starts to grow when they are about three months old. Their eyes open when they are around six weeks old. Pandas weigh about 150 pounds when they are fully grown. Males and females look alike.

Scent marking is when an animal leaves its scent on objects in its environment. This helps to communicate their presence to others and claim their territory. Vocalizations are another way pandas communicate. They make a variety of sounds, including bleats, barks, and huffs. Body language is also important for communication. Pandas use their bodies to express their feelings and intentions. For example, they may stand up on their hind legs to show that they are interested in something or someone.

As you can see, pandas are amazing creatures with many unique characteristics. While they may not be the best pets, they are still a fascinating animal to learn about.

How can I help save the Pandas?

There are a few things that you can do to help pandas. The most important thing is to spread awareness about these endangered animals and the threats they face. One of the best ways to help pandas is by supporting organizations that work to protect them and their habitat. You can also volunteer with or donate to these organizations. Some great options include:

Panda Conservation International: This organization focuses on protecting pandas and their habitat through research, education, and conservation projects.

The World Wildlife Fund: WWF is one of the largest and most well-known conservation organizations in the world. They work on a variety of projects to protect many different types of animals, including pandas.

So if you’re looking for a unique pet that isn’t a panda, there are plenty of other options out there! Check your local animal shelter or pet store for adoptable animals. You’re sure to find the perfect companion waiting for you there.

Thank you for reading! I hope this gives you a better understanding of pandas and why you can’t have one as a pet. 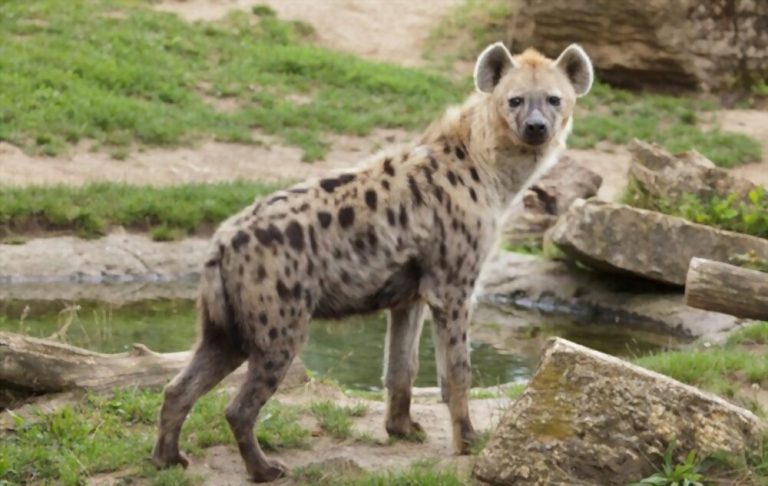 Hyenas have a bad reputation in the animal kingdom and in the movie, The Lion King. They are often seen as cowardly and ugly creatures that scavenge off of the kills of other predators. However, they are actually quite fascinating animals, and many people wonder if they can own a pet hyena. In this blog…