Hyenas have a bad reputation in the animal kingdom and in the movie, The Lion King. They are often seen as cowardly and ugly creatures that scavenge off of the kills of other predators. However, they are actually quite fascinating animals, and many people wonder if they can own a pet hyena. In this blog post, we will explore the different types of hyenas, interesting facts, legality of owning a hyena, some of the pros and cons of doing so as well as some frequently asked questions about keeping a hyena as a pet.

One of the reasons why hyenas have a bad reputation is because they are often seen as scavengers. They will eat anything that is dead, including the leftovers from other predators’ kills. This can make them seem like pests to some people.

On the other hand, hyenas are actually quite interesting animals. They are the only predators in the world that have a female dominance hierarchy. This means that females are in charge and males must obey their orders. They also have an incredibly strong sense of smell, which allows them to detect prey from far away.

Why are the females dominant in the hyena hierarchy?

The reason for this is because the females are larger and stronger than the males. They are also more aggressive, which allows them to take charge in the hierarchy. This can be seen as a positive or negative depending on how you look at it. Some people see it as a positive because it shows that females can be just as strong as males.

The Different Types of Hyena

There are four different types of hyena: the spotted hyena, the brown hyena, the striped hyena, and the aardwolf.

The most common type of hyena is the spotted hyena. They are native to sub-Saharan Africa and can be found in grasslands, woodlands, and forests. Spotted hyenas are the largest of the three types of hyenas and they are also the most aggressive.

The brown hyena is native to Southern Africa. They prefer arid environments and can be found in deserts and scrublands. Brown hyenas are smaller than spotted hyenas, but they are more aggressive than striped hyenas.

The striped hyena is the smallest type of hyena. They are native to North and East Africa, the Middle East, and Central Asia. Striped hyenas prefer forest and mountain habitats. They are the least aggressive of the three types of hyenas.

The Aardwolf is a small, insectivorous mammal native to Africa. It is the only member of the hyena family that does not scavenge, instead surviving solely off of a diet of termites. Aardwolves are nocturnal creatures that are shy and reclusive. They are not considered to be dangerous to humans and are not often kept as pets.

Female spotted hyenas have clitoris that spans over eight inches and can even produce an erection. Because of the similar function and  appearance, it is hard to tell the difference between a male and a female merely by looking at them. On the female spotted hyena, these formations are known as penile-clitorises, and they are accompanied by a pseudoscrotum structure. To mate, pee, and conceive are all through the penile-clitorises. Unfortunately, many female hyenas die during the delivery procedure, and cubs caught in the unusually long birth canal can suffocate.

This is because they are lower down in the social hierarchy of their pack. The females and young hyenas will eat first, followed by the adult males. This may seem unfair, but it actually makes sense from a survival standpoint.

Spotted hyenas have been proven in studies to be able to estimate the number of other hyenas in a rival clan and select the best course of action.Similarly, after a brief census, males wishing to join a new clan will always join the clan with the fewest other males. Hence, spotted hyenas can count.

Did you know Hyenas can laugh?

One of the most interesting things about hyenas is that they laugh. This is because they have a special vocal sac that allows them to make a laughing sound. Scientists believe that this laughter serves a social function and helps hyenas bond with each other. Hyenas laugh when they are playing, when they are fighting, and when they are trying to intimidate other animals. This laughter can be heard from up to a mile away!

Social Status of a Hyena is indicated by their laugh

A hyena’s laugh is not just a sign of amusement – it also indicates the age and animal’s social status. Scientists have found that lower-ranking hyenas are more likely to laugh when they’re around their superiors, while higher-ranking hyenas tend to remain silent.

The findings, published in the journal Science, suggest that the laugh is a way for subordinates to show respect to their superiors. It’s also possible that the laughter serves as a warning to others in the group not to cross the alpha hyena.

The Legality of Owning a Hyena as a Pet

There is no definitive answer as to whether or not owning a pet hyena is legal. Some states have specific laws that prohibit the possession of wild animals, while others do not. It is important to check with your local wildlife department to see if there are any restrictions or regulations in place concerning the ownership of hyenas. In most cases, it is likely that owning a hyena as a pet would be considered illegal. Hyenas are predators and can be dangerous animals, so they are not typically recommended for domestic pet ownership. If you are determined to own a pet hyena regardless of the potential legal implications, it is important to ensure that you have the proper facilities and training to care for the animal properly. Owning a pet hyena is not something to take lightly, and it is important to be fully aware of the risks involved before making any decisions.

Which states allow you to own a hyena as a pet?

You can possibly own a hyena in these states:

Some pros and cons of owning a hyena

There are both pros and cons to owning a pet hyena.

Before you decide to get a hyena as a pet, it is important to weigh the pros and cons of doing so.

Some of the pros of owning a hyena include:

However, there are also some cons to owning a hyena as a pet. These include:

Overall, owning a hyena as a pet can be a rewarding experience but it is important to do your research beforehand. Make sure you are prepared to handle the challenges that come with owning such a unique animal.

Alternatives to keeping a hyena as a pet

If you are not able to own pet hyena, there are other animals that make good substitutes.

-Dogs. Dogs are loyal and protective pets that make great guard dogs. They come in a variety of shapes and sizes, so there is sure to be one that fits your needs.

-The Caucasian Shepherd Dog is a type of dog that resembles a hyena. These dogs are large and muscular with thick fur coats. They were originally bred for guarding sheep but make great family pets as well.

Frequently Asked Questions (FAQs) about keeping a Hyena as a Pet

Q: Can you domesticate a hyena?

A: Hyenas are not typically considered to be domesticated animals. However, there have been some reports of people successfully domesticating hyenas.

If you are considering getting a pet hyena, it is important to do your research beforehand.

Q: Can a dog be mixed with a hyena?

A: There is no such thing as a dog-hyena mix. Hyenas are not related to dogs and they are not able to produce offspring with them.

Q: What is the life expectancy of a hyena?

A: The average lifespan of a hyena in the wild is about 20-25 years. However, captive hyenas have been known to live up to 30 years.

A: No, hyenas do not make good pets. They are wild animals that are not meant to be kept in captivity. They require a lot of space and can be difficult to care for.

A: Yes, hyenas can be dangerous. They are large and powerful animals with sharp teeth and claws. They can also be aggressive, particularly the spotted hyena.

Owning a pet hyena is a big responsibility and not something that should be taken lightly. There are many things to consider before making the decision to add one of these unique animals to your family. However, if you do your research and are prepared to care for a pet hyena, it can be a rewarding experience. Who knows, you may even discover a new appreciation for these often misunderstood creatures!

Thank you for reading! If you have any questions, please leave a comment below. I would also love to hear your thoughts on owning a hyena as a pet. Is it something you would consider doing? Let me know in the comments! 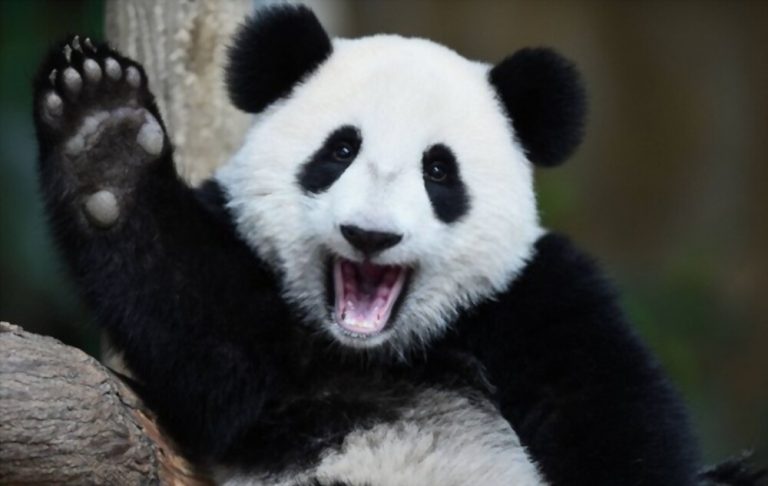 Panda bears are one of the most beloved animals in the world. They are known for their soft fur, friendly disposition, and adorable black and white markings. So it’s no surprise that many people want to know if they can have a panda as a pet. Unfortunately, the answer is no. Why Can’t You Own… 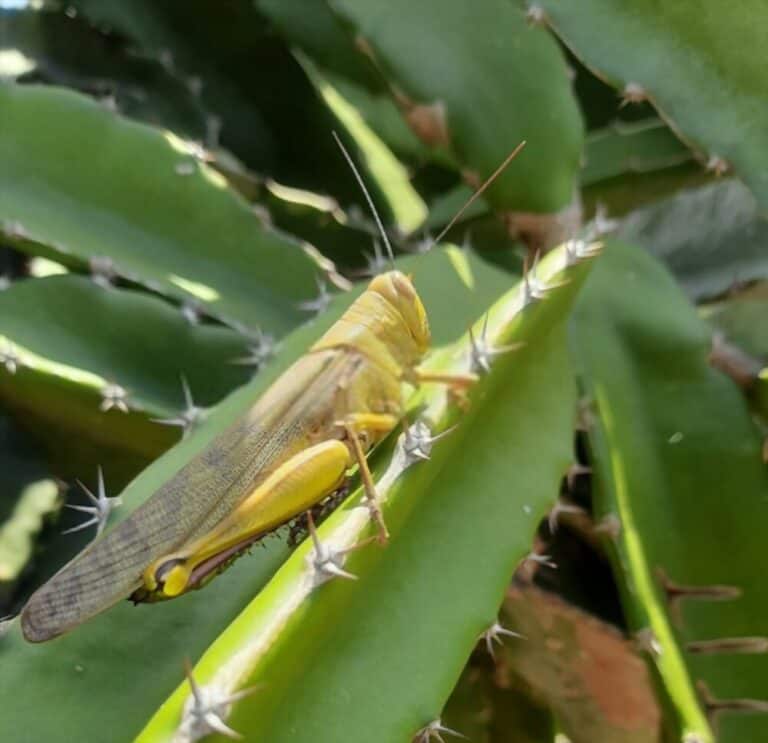 Grasshoppers are mostly herbivorous insects, meaning they primarily eat plants. While the plants they consume vary depending on the grasshopper species, many enjoy munching on cactus. Do Grasshoppers Eat Cactus? Yes, while grasshoppers generally prefer to eat other plants, they will turn to eat cactus if their preferred food is not available. According to a…