Whether it be brown bears, polar bears, red pandas, or panda bears, there’s something about bears that just makes us go “Awwwww.” They’re furry, they’re big, and they have those adorably wide eyes. But why are bears so darn cute? In this blog post, we’ll explore the cuteness of bears and find out why bears are some of the most beloved animals on the planet!

Bears have a long history of being symbols of strength, courage, and wisdom. In many cultures, they are also seen as protectors of the natural world. For example, in Native American folklore, the bear is often associated with healing and medicine. In China, the panda bear is seen as a national treasure and a symbol of good luck.

Why Are Bears So Cute?

Especially teddy bears are often seen as a symbol of comfort. They can be cuddly and remind us of childhood or a simpler time. For many people, teddy bears represent innocence and hope. They make us feel safe and loved, like nothing bad can happen when we’re holding our favorite bear close. There’s just something about their soft fur and gentle faces that makes us feel all warm and fuzzy inside.

Bears are one of the few animals that have paw pads that are actually visible. And not only are they visible, but they’re also super cute! Each toe on a bear’s paw has its own little pad that helps the animal grip the ground and walk around. These pads also protect the bear’s feet from getting cut or injured.

3. They are Big and Strong, but also Gentle and Shy

Bears are also big and strong, but they can be gentle and shy too. In the wild, bears typically avoid contact with humans. However, when they’re in captivity (like at a zoo), they may approach people out of curiosity.

Bears are considered to be intelligent animals. They are known to have good memories and to be able to learn from their past experiences. Additionally, bears are also good at problem-solving. For example, they have been known to figure out how to open doors and latches in order to get food.

They have also been known to learn tricks, much like dogs. In fact, some bears in captivity have even been taught to ride bicycles! This shows just how smart and adaptable these creatures can be.

5. Innocent Round Eyes and Big Ears

Bears also have a really adorable face. They typically have small eyes and big ears, which gives them a sort of innocent look. And who doesn’t love a cute, innocent animal?

Bears also have big ears, which might make them seem even cuter to some people. It’s believed that larger ears are an evolutionary advantage for animals because they help improve hearing.

One of the reasons that bears are considered to have such cute noses is that they are proportionately small compared to the rest of their body like little button noses. This makes them appear even more childlike and innocent, which in turn makes them seem more huggable and lovable.

Bears use their noses for a variety of purposes, including sniffing out food and tracking down mates. Additionally, their sense of smell is incredibly keen, which helps them to avoid predators and stay safe in the wild. So not only are bears’ noses cute, but they’re also functional!

7. They are Playful and Love to Play with their Cubs

Bears are not only cute but they are also very playful. They love to play with their cubs and often wrestle and play fight with each other. This is one of the things that makes them so special and loved by so many people. Their playful nature is something that can bring a smile to even the grimmest of faces.

Bears are often playful because they are curious by nature. They want to explore their surroundings and figure out what everything is. This curiosity can sometimes lead to them getting into trouble, but it also makes them seem adorable. Additionally, playfulness is often seen as a sign of youthfulness, which further adds to the cuteness of bears.

Another reason why bears are so cute is their soft fur. Bears have two layers of fur – a dense undercoat and a longer outer coat. This combination keeps them warm in the winter and cool in the summer. Plus, it just feels really nice to pet a bear!

Ok so most bears are on the dangerous side. But Red Pandas and Panda bears are legit cute and safe to be around and so are teddy bears! Now let’s talk about why panda bears are so cute!

Why are Panda Bears So Cute?

So, why are panda bears so cute? It turns out, there are a few reasons. First of all, pandas have what is known as a “baby schema.” This is a set of features that includes large eyes, a small nose, and a round face. These features are often found in human babies as well. Baby schema is thought to trigger a nurturing response in adults, which is why we find baby animals so cute!

In addition to baby schema, pandas also have what is known as “facial mimicry.” This means that their facial expressions resemble those of humans. For example, when a panda bear opens its mouth in a wide grin, it looks a lot like a human smile. This facial mimicry makes pandas seem more relatable and lovable to us.

Other Places with Bears in Them Besides the Wild and Zoo

Bears are also popular animals in children’s stories and movies. Some famous bears include Winnie The Pooh, Paddington, and Rupert The Bear. They are often portrayed as gentle giants who are always there to help when someone is in need. This might be one of the reasons why so many people find them so lovable. If you are interested in seeing more bears beside in the zoo or wild, here are some great movies with bears in them:

5 Great Movies with Bears in Them

Frequently Asked Questions About Why Bears Are So Cute

What is a Teddy Bear?

A teddy bear is a type of stuffed animal that typically resembles a bear. Teddy bears are often used as toys for children, and they are also popular collectibles. Some teddy bears even have special features like moving parts or sound effects. Teddy bears usually have a soft and cuddly appearance, which makes them seem even more huggable. This likely contributes to their popularity as both toys and collectibles.

Why is it Called a Teddy Bear?

The teddy bear is named after US President Theodore Roosevelt, who was nicknamed “Teddy” after he refused to shoot a captive bear during a hunting trip in 1902. After the story of Roosevelt’s act of mercy was widely reported, a toy company called Morris Michtom created the first teddy bear. The product was an instant success and the teddy bear has been a popular toy ever since.

All in all, bears are considered to be cute for a variety of reasons. Their large heads, round eyes, small noses, and furry coats make them appear huggable and soft. Additionally, their behavior contributes to their cuteness factor – they are often seen as gentle and non-threatening, and their playfulness and curiosity can also be seen as endearing qualities. So if you’re looking for a new cuddly friend, be sure to check out the selection of teddy bears on Amazon! They’re sure to make your heart melt. : ) 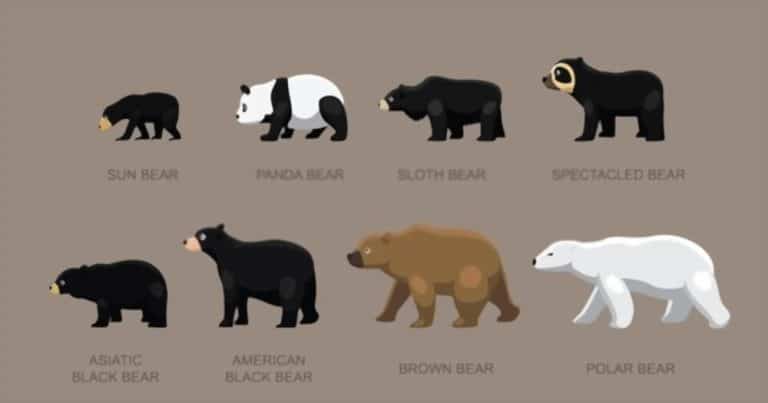 There are many different types of bears in the world, and they each have their own unique diet. Some people may think that all bears are carnivores, but this is not the case. In fact, some bears are actually herbivores! Others are omnivores, which means that they eat both plants and meat. Keep reading to…