If you’re a fan of the movie ‘Finding Nemo’ (2003), you’ll love this blog post! We’re going to take a look at 22 different types of fishes that were featured in the movie. Some of them are pretty common, while others are a little more exotic. If you’re ever looking for something to watch on Netflix, we definitely recommend checking out ‘Finding Nemo.’ It’s one of our favorite movies!

Clownfish are one of the most popular types of fish featured in Finding Nemo. They’re easily recognizable with their orange and white stripes. Clownfish live in the warm waters of the Indian and Pacific Oceans.

Clownfish have a special relationship with anemone, and they often live among the tentacles of these poisonous creatures. The anemone provides shelter and protection for the clownfish, and in return, the clownfish keep the anemone clean and free from parasites.

Blue tangs are another type of fish that are featured in Finding Nemo. They’re brightly colored with a blue body and yellow fins. Blue tangs live in the warm waters of the Atlantic Ocean. Royal Blue Tangs are herbivores and need a diet of algae, vegetables, and marine plants.

Gill is the one who is always thinking up new escape plans at the dentist office.

Moorish idols are a type of fish that is popular in the aquarium trade. They’re brightly colored with a black body and white stripes. Moorish idols are found in the Indian and Pacific Oceans.

Yellow tangs are a type of fish that is popular in the aquarium trade. They’re brightly colored with a yellow body and black fins. Yellow tangs are found in the Indian and Pacific Oceans.

Yellow tangs are covered in a layer of slime that helps to protect them from parasites and disease. This slime also gives the fish a slippery texture, which makes it difficult for predators to grab them.

Royal gramma are a type of fish that is popular in the aquarium trade. They’re brightly colored with a purple body and yellow fins. Royal gramma are found in the Atlantic Ocean. These fish are a popular choice for home aquariums, and they’re relatively easy to care for. Royal Gramma are named for their distinctively shaped tail – it is deeply concave, which gives the fish a “royal” appearance.

Did you know that starfish don’t have brains? That’s right – these creatures don’t have a centralized nervous system like we do. Instead, they have a network of nerves that runs throughout their bodies. This means that each arm of a starfish is capable of acting independently from the others.

Starfish are also known for their ability to regenerate lost limbs. If a starfish loses an arm, it can simply grow a new one in its place. This process can take weeks or even months, but eventually the starfish will be as good as new.

Pufferfish are a type of fish that is popular in the aquarium trade. They’re brightly colored with a white body and black spots. Pufferfish are found in the Indian and Pacific Oceans. Pufferfish are toxic because they contain a poison called tetrodotoxin. Tetrodotoxin is one of the most poisonous substances in the world. It is found in the liver, ovaries, and skin of pufferfish. When pufferfish are eaten, the poison is released and can cause paralysis, respiratory failure, and death.

Cleaner shrimp are small, brightly-colored crustaceans that live in coral reefs. These shrimp provide an important service to the fish that live on the reef – they pick off parasites and dead skin, keeping their clients healthy and clean.

Cleaner shrimp have a few specialized features that help them do their job. For one thing, they have long, feathery antennae that they use to sense when a fish is nearby. They also have small claws that they use to scrape off parasites.

They’re brightly colored with a brown body and white spots. Brown pelicans are found in the Indian and Pacific Oceans. These birds are easily recognizable thanks to their long necks and distinctive beaks. Brown pelicans are excellent swimmers, and they often dive into the water in search of fish.

These octopuses grow to a maximum length of about 7.9 inches, and they have a lifespan of one to two years. These octopuses are known for their bright orange coloration, which can range from a deep red to a light yellow. Flapjack Octopuses are carnivores, and they feed on small crabs and shrimp. Flapjack octopus are unique because they have webbing between their tentacles that allows them to swim.

Fun fact about seahorses is that they are monogamous and mate for life! another cool thing is that they are among the slowest swimming fishes in the sea, moving at a rate of only about 0.015 miles per hour. seahorses are also unique in that they are the only known fish species where the male gives birth to the young.

The longnose butterflyfish is a beautiful fish that can be found in tropical waters all over the world. These fish are very colorful, with yellow bodies and black stripes running along their sides. Longnose butterflyfish are relatively small, reaching a maximum length of about six inches.

The spotted eagle ray is a large ray that can be found in tropical and subtropical waters all over the world. These rays typically have dark blue or black topsides, with white spots dotting their backs. Their undersides are usually white or light-colored. Spotted eagle rays can grow to be quite large, with some individuals reaching lengths of near up to twelve feet!

Flounders get their name from their habit of lying on the bottom of the ocean, half-buried in the sand. Their eyes are located on one side of their body, which allows them to better camouflage themselves from predators and prey alike. Flounders are excellent swimmers, and use their long fins to propel themselves through the water. These fish are also known for their delicious flesh, which is popular among many cultures.

The fish in Darla’s picture that is dead.

These fish will actually eat just about anything. Goldfish are also known for their ability to survive in both cold and warm water environments. These fish are very popular pets, and are often kept in aquariums or ponds.

The little green guy that eats the anglerfish at the end of the movie credits.

Blennies get their name from their habit of lying on the bottom of the ocean, half-buried in the sand. Their eyes are located on one side of their body, which allows them to better camouflage themselves from predators and prey alike. These fish are characterized by their long, eel-like bodies and small, horse-like heads. 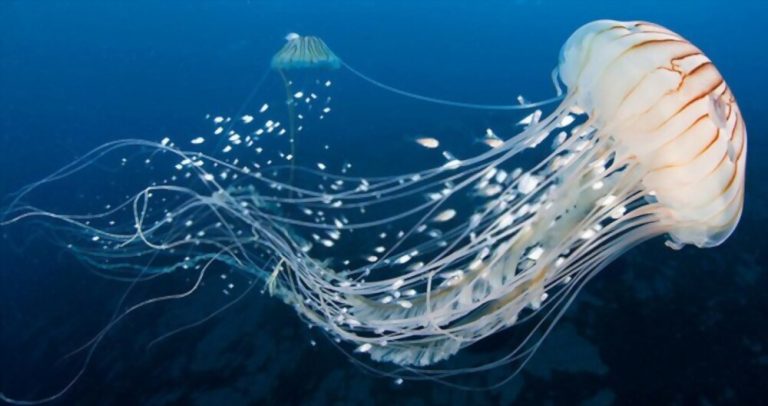 Do you know how jellyfish eat? Most people don’t. This is because their eating habits are quite mysterious and fascinating. Jellyfish have been around for over 650 million years, and they have evolved to survive in some of the most extreme environments on Earth. In this blog post, we will discuss how do jellyfish eat… 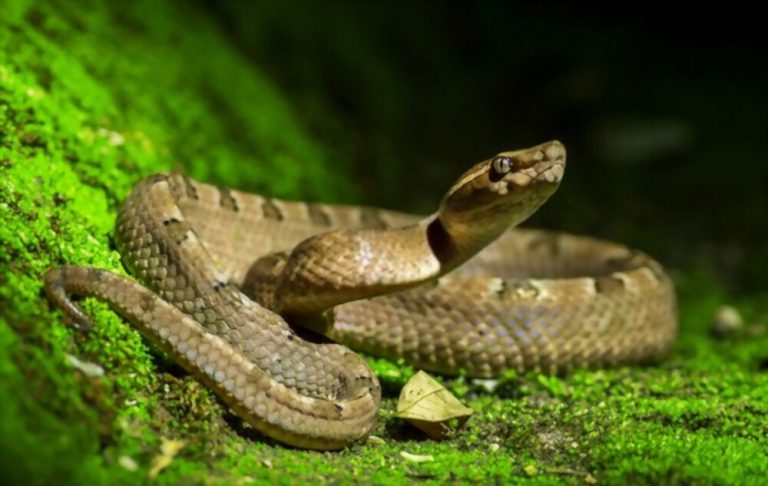